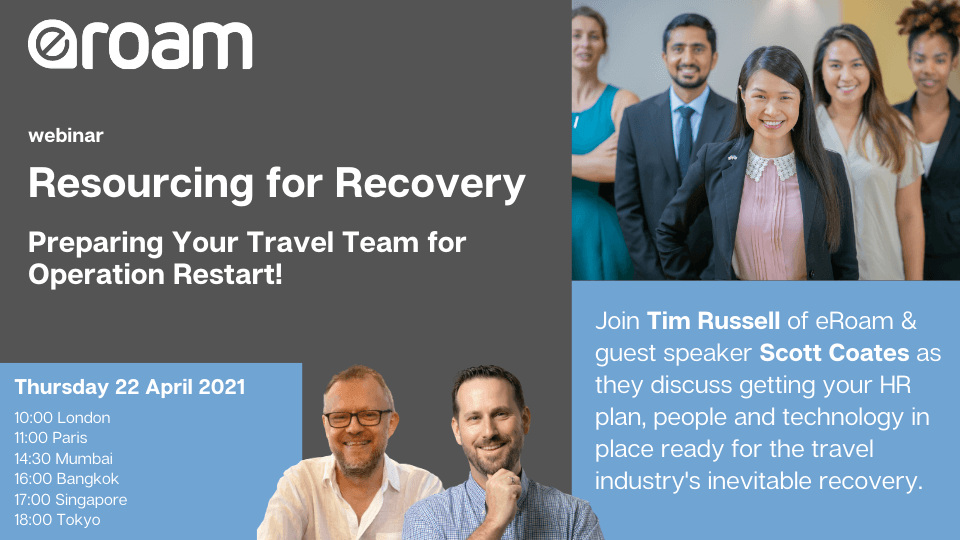 For our latest webinar we’ve teamed up with Southeast Asia travel expert and people development specialist Scott Coates to discuss how travel companies can help prepare their employees for the post-COVID recovery.

We’ll be looking at hiring & onboarding, managing home workers, resource planning, technology, and more, to help travel businesses get their teams ready for the big restart.

Space is limited so click the button to register!

Based in Bangkok, Tim is eRoam’s Commercial Director for Southeast Asia and is also the company’s Global Marketing Coordinator, responsible for the company’s website and other digital marketing initiatives.

Originally from the UK, he has been in the tourism industry since 1992 and has worked for the likes of JAC Travel, Open Destinations and Exotissimo, as well as founding a DMC in Vietnam and his own mobile travel app startup. He has been in Southeast Asia since 2003 and joined eRoam in the summer of 2020. 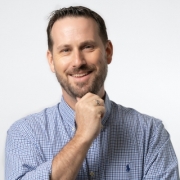 Originally from Calgary, Canada, Scott has lived in Southeast Asia since 1999, when he moved to Thailand to co-found one of the region’s most respected luxury travel companies, Smiling Albino. After selling his shares in the business in 2013, he studied leadership, then joined one of Asia’s leading travel companies, EXO Travel, in 2016 as their Director of People Development, where he was responsible for managing HR & Training teams across 10 countries for their 940 team members.